Help Us Keep Pace With a Changing World

The world of medicine moves at a rapid pace. To keep up, we need to ensure that the Hospital stays abreast of improvements and innovations in existing technology, and acquires new technology as it becomes available.

Privilege Centre for the Affluent Classes

The hospital currently has around 50 beds which yields high revenues. This surplus enables the Mandal to subsidize the cost of treatment of patients in general wards.

Encouraged by the overwhelming success of these high-yielding beds (labeled Privilege beds and usually available only after registering on a waiting list), the Mandal has decided to add a new building, housing over 60 beds and with an outdoor consultation facility, that would seamlessly integrate into the existing structure. A contribution of Rs 30 million (US$ 0.7 million) would entitle the donor to name the Centre in such a manner as is considered appropriate.

Though the hospital has 16 operation theatres, these were built over 25 years ago. The concepts and designs that guided the architectural team originally have undergone significant changes. To remain efficient, it is imperative that an entirely new Operation Theatre Block is constructed. Though at a preliminary planning stage, it is possible to quickly draw up architectural plans for this project. An additional advantage that would be obtained with the new construction is the availability of additional space for accommodating patient beds of all varieties, including Privilege beds, that would enhance the capacity of the hospital by another 150-200 beds.

The preliminary cost of the project is estimated to be Rs 60 million (US$ 1.4 million), with naming rights to the building going to a donor with a contribution of Rs 30 million (US$ 0.7 million). Schemes for naming individual Operation Theatres are also available, at an estimated Rs 20 lakhs (US$ 45,000) per theatre.

As with the Operation Theatres, many facilities in the hospital, built as they were long ago, require to be redesigned, expanded, reorganized, and renovated.

The redesign would provide an opportunity to create facilities named after a loved one. The Medical and Surgical ICUs, situated on the same floor and adjacent to each other can, for example, be named Critical Care Centre. The Trauma Centre itself could be named.

In an attempt to bring its services as close to the community as possible and to ensure that only those cases need to be brought to the present hospital that requires intensive and complex care, the Mandal has initiated an exercise to either take over or set up secondary care hospitals in nearby towns with a population exceeding 50,000. Setting up new facilities would require an investment ranging from Rs 50-70 million (US$ 1.1 –1.6 million), while the funding requirements of those centres taken over for management by the Mandal would be somewhat lower. An example: The Mandal has recently taken over management of one such facility in Sevalia, located about 65 km from Anand, at an investment of Rs 15 million (US$ 350,000) and will make it a quality secondary care hospital.

The scheme is ideal for those individuals and institutions who desire to establish such facilities in their native towns. Naming rights would, of course, be available against contribution. 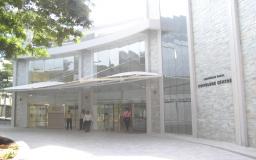